When I purchased Shadow Warrior on a Steam sale I expected a quirky call-back to the shooters of yesteryear, like the original Shadow Warrior, Duke Nukem and Serious Sam.

What I didn't expect was the best First Person Shooter I have played since Half-Life 2. Where Shadow Warrior really shines is the perfect balance it finds between the aesthetic and pacing of older, beloved shooters and refined mechanics from contemporary shooters.

The story merely exists to frame the action and it's in fact worse a game in the rare few occasions it slows down to make sense out of the demon politics that serve as the backbone of the entire plot. The writing is still quite enjoyable, though, when it's consistent with the rest of the game's frantic and carefree tone; particularly in the interaction between overly and stereotypically Asian protagonist Lo Wang and his demon sidekick Hoji and the unapologetically juvenile, but surprisingly effective humour.

The action is frenetic and doesn't stop for a moment, without missing the point of pacing encounters and as such sidestepping the issues of repetitiveness other similar titles like Painkiller suffer from. As mentioned, what stands out is the balance between old and new; all the pacing, ideas and presentation come from a time undeniably more enjoyable, but the mechanics are perfectly refined. The many weapons in Lo Wang's arsenal don't lack variety or weight and the melee attacks with his signature katana go beyond simple button mashing. 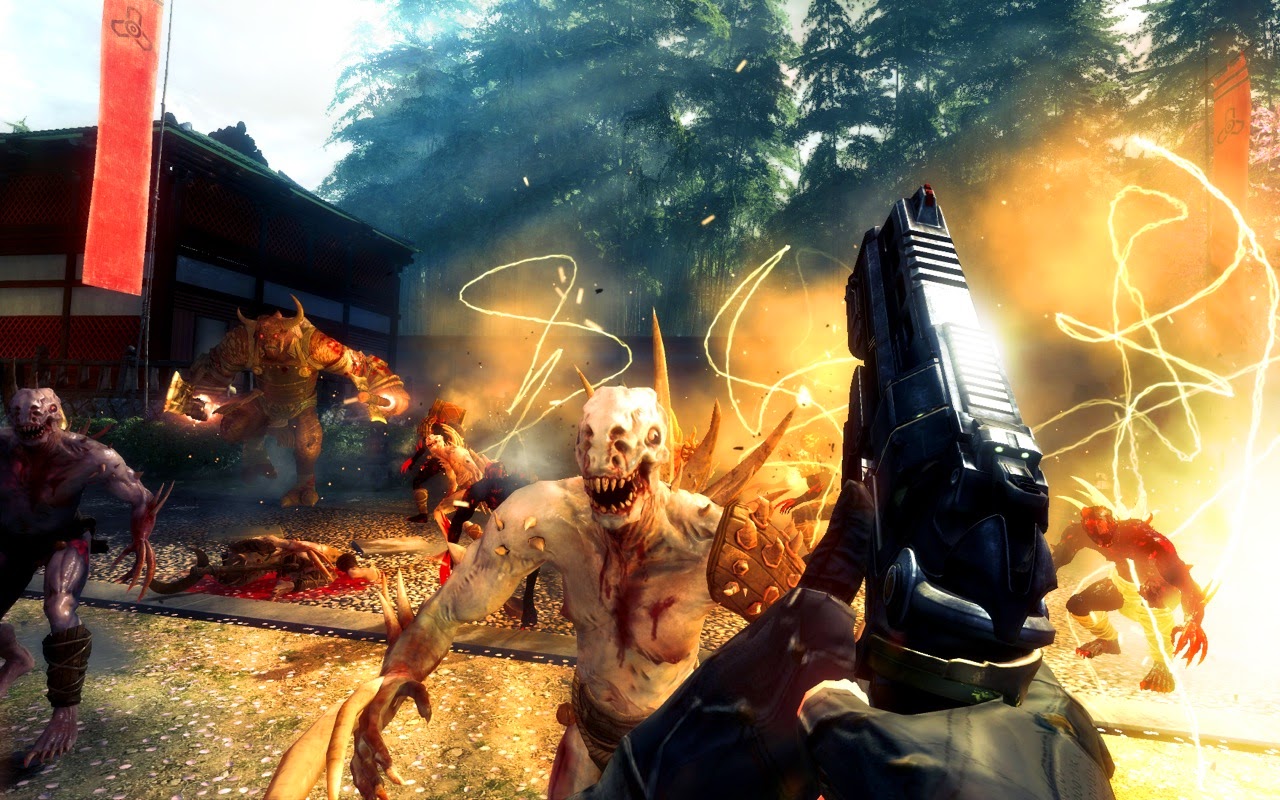 The upgrade system in the game is one of the better of the kind; unlike the Tomb Raider mechanic that feels superfluous or the Bioshock Infinite system that forces the player to stick to one or two weapons at best, the various ability and weapon upgrades never neutralize the other weapons in the player's arsenal and only serve to let the player decide their preferred fight methodology.

Graphics and sound are great too; the voice acting and the soundtrack are fittingly stereotypical Asian and the visuals create interesting compositions both in and out of combat. The only issue is a relative lack of diversity in the environments; while the level design is perfectly serviceable for the title's gameplay, the variety is lacking.

Notable is the fact that outside of Leaderboards and Steam achievements, the game features no other multiplayer component, but despite its perfectly satisfactory 8-10 hours long campaign, there's plenty of incentive to replay the game or specific chapters and look for secrets or make better scores.

I wasn't being hyperbolic with my statement earlier. Once upon a time my peers were looking for shooters to become more sophisticated and realistic, but once we got there we realized it just wasn't worth it. A few genuinely important shooters came out in the last decade, like Spec Ops: The Line, but they eagerly sacrificed gameplay to make their point. 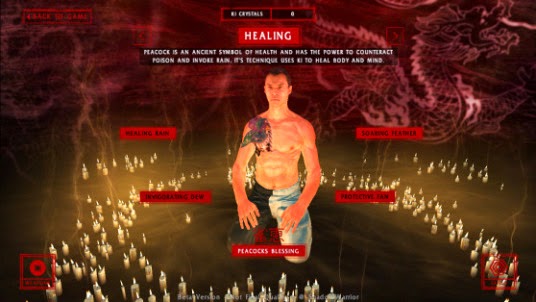 Shadow Warrior offers finely tuned gameplay that plays on the genre's accumulated strengths and experience through the years and remains unabashedly off the wall entertaining. For what it is, it's near perfect with each component carefully placed in to achieve the best possible experience. It's what Duke Nukem Forever should've been and if that game managed to do anything after years of waiting was offer the incentive to rejuvenate more old shooters and do it better.

If you've ever liked First Person Shooters, Shadow Warrior is a must-play and it's one of the few titles I'm not just recommending, but I find essential for every gamer's library. 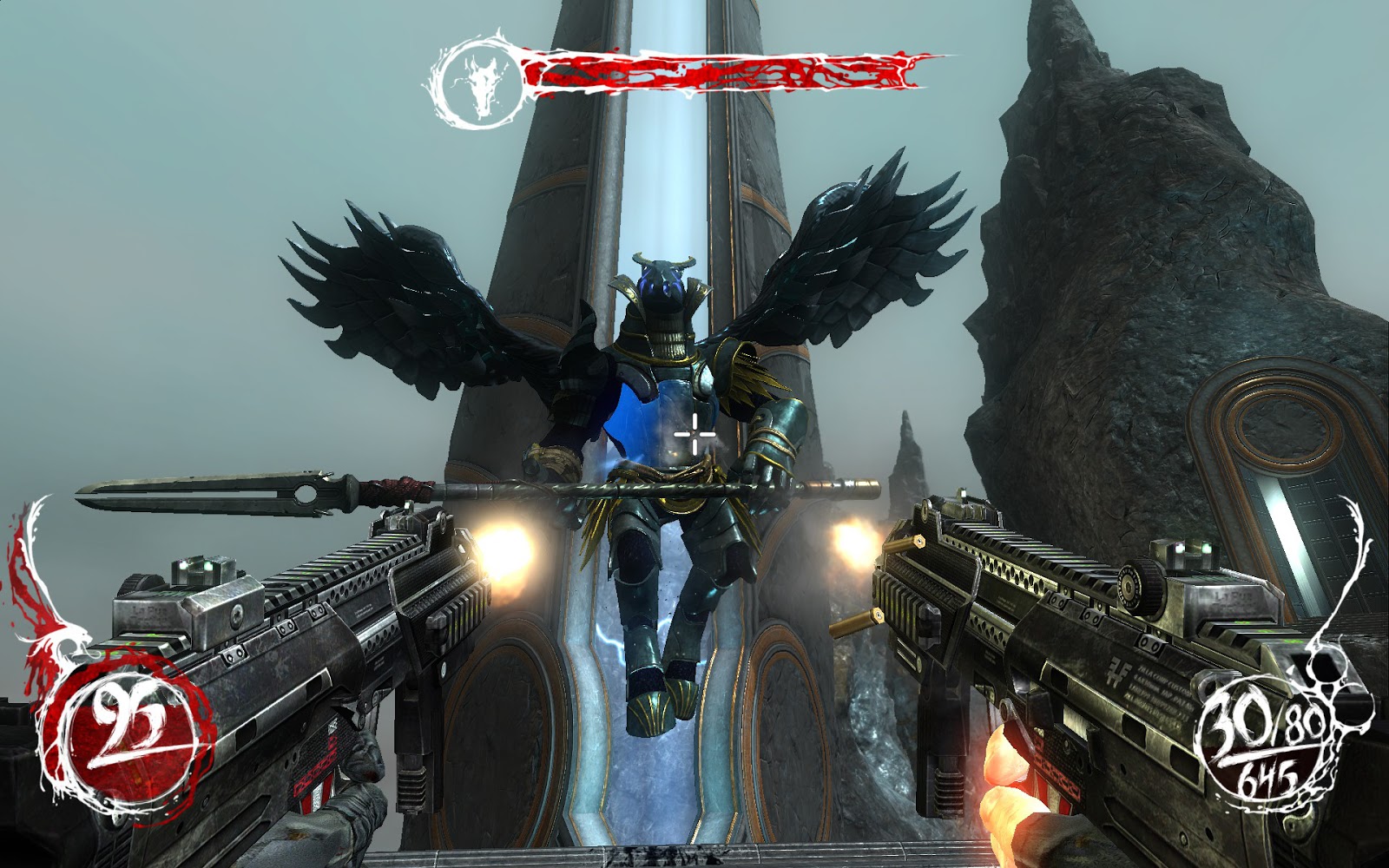 Email ThisBlogThis!Share to TwitterShare to FacebookShare to Pinterest
Ετικέτες Gaming