Legends tell us of the planetary alignment in the Ursa star cluster, when Satan fell madly in love with Cruella De Vil and from their union an idea was spawned: how to milk semi-successful franchises to their last penny, knowing full-well that there is already an established audience that will bow down to one's monetary needs regardless of the quality of the product.

Yes, this is how bad sequels were born according to the Bible and they managed to beat creativity (and, presumably, Jesus and his faithful sidekick Galileo) and take over media and pop-culture. But as blindly as established audiences would follow this trend's whims, they at least had enough critical thought left to judge the product offered on its own merits. When the popularity of the home video grew and in the age of computers video editors became common-place, many from those audiences (let's just cut the bullshit and call them what they are: "fans") got a terrific idea: let's do what companies do when they tout the acclaimed "director's cut" versions of unpopular films and fix their screw-ups with our own, cheap, easily acquired video editors!

Fan-edits are all over the Internet now, generally attributed to several "hugely disappointing sequels", with two being the most prominent: "Highlander 2: The Quickening", which in an effort to squeeze a sequel out of a film that started and ended its entire universe in the first movie, they changed everything and then "Star Wars Episode I: The Phantom Menace", which... well... sucked.

A  version of "Highlander 2" available for purchase is called "The Renegade Version" and it's a belated "Director's Cut" that removes all references to aliens and the planet Zeist. Similar fan-edits have been produced to tweak with the film and make it fit better with Highlander cannon.

The Star Wars prequels are also some of the most fan-edited films out there, on account of the fact that they single-handedly annihilated the reputation of probably the most iconic space opera Hollywood ever produced. Thank you George Lucas!

Other films get fan-edited these days and many of them are actually good films that editors experiment with to remove tiny, trivial problems or to just add deleted scenes, fix visual issues (usually coloring) and add more touches, often-times merely to offer their ideal "version" as an alternative.

This is sort of the case with "Superman II: The Deja Vu Cut".

What many people don't know is that when the Salkinds hired Mario Puzo to write the script for "Superman: The Movie", he would actually write one big epic spread across two films, which would then be shot at the same time (like "Back to the Future" and "The Matrix" sequels). So, the two first "Superman" films were shot together and both were directed by Richard Donner. But as the first film finished production and they had shot most of the second, Donner found himself in a creative and budgetary dispute with the Salkinds (or at least that what we were told) and was canned.

At that point in production, Donner had shot a whooping 70% of "Superman II"-- almost the whole damned movie! The Salkinds had to bring in their friend, director Richard Lester to complete the movie. Lester kept a few parts that Donner had shot already and especially the Lex Luthor scenes, which couldn't be re-shot or extended, as Gene Hackman refused to return after Donner was kicked out. Lester still ended up re-shooting the majority of the film, which explains why Reeve and Kidder look very different from scene-to-scene (Reeve, in particular, is visibly more bulked-up in Lester's scenes).

Long story-short, a lot of the oddities seen in "Superman II" were Lester's input and weren't in the original script. There was an entirely different "Superman II" sitting in Warner Bros' basement for a very, very long time, unseen by everyone outside select theatrical releases and TV showings that included some of the scenes.


In 2006, after the Salkinds no longer owned any rights to Superman and when, with the release of "Superman Returns" there was a short-lived surge of Superman popularity again, Warner decided to finally release Donner's work as "Superman II: The Richard Donner Cut". The movie would go through cheap post-processing to touch it up for release and a few scenes from Lester's cut and otherwise would be included to fill in the blanks of the 30% Donner never got to shoot. The film got both its own DVD release and was also included in the tin-box "Superman Ultimate Collection", which I proudly own (such an accomplishment!)

Since the DVD's release, many fan-editors have tried to re-cut both "Superman II" versions, usually for the purpose of merging them into one movie as seamlessly as possible. After all, Lester didn't redo the whole script; its premise and story remained the same throughout all acts.

Lester's "Superman II" has an odd place in Superman fandom. It's considered a "good movie", by process of elimination. It's not bad, like Superman 3 & 4, but it's not great either. A lot of the tropes the film follows that were common-place when it was released are generally accepted (same case with "Superman: The Movie", which is appreciated but not as well-liked as one would think), even though the campier approach turns many off.

As a Superman fan myself, I more-or-less fall under the same category. There are things in this movie that are hard to accept, both for fans and general audiences. The scene where Clark is forced to reveal his identity to Lois, because he slipped on a pink bear (Maaaan of Tomorrow! As long as there are no bear carcasses lying around in Tomorrow), a scene either legendarily stupid, or subtly ingenious.

Or the constant super-powers that the Kryptonians keep pulling out of their ass (telekinesis, astral projection, CELLOPHANE "S" FFS).

Or Clark bulling the asshole truck-driver after he gets his powers back. Pretty sure that falls under "cheating", Clark. We would later find out this scene was shot under Donner, who even makes a cameo.

Or Superman killing the Kryptonian criminals in the Fortress. In all fairness, there was a scene where the police actually take the de-powered criminals and Lex away, alive and well. It was cut from the final movie, presumably for time.

Or the mind-rape kiss, which isn't just a giant a big "fuck you" to logic that rivals spinning Earth backwards on its axis, but also raises valid ethical objections to Superman's motives and actions.

And there is also that pre-marital fuck in the Fortress that some had a problem with. Ironically, in Lester's version this happens after Superman gives up his powers. Not so much in the Donner version, as we'll see.

Still, the "Richard Donner Cut" was like a gift from the heavens for fans. It was an entirely new Superman movie (or it was marketed as such), it presented great interest in one of Hollywood's least known production tales and for many, its release was the highlight of that year, way over that of "Superman Returns".

It was called "the definitive Superman II" and Donner was praised for his version, with many outright replacing Lester's cut with this version for their marathons and pretending they entirely forgot that other "lesser" Superman II.

Only one problem with Donner's cut: it was unfinished.

To keep this relatively short and readable, we will take a break here and next time we will dive into Donner's version and "Superman II: The Deja Vu Cut". 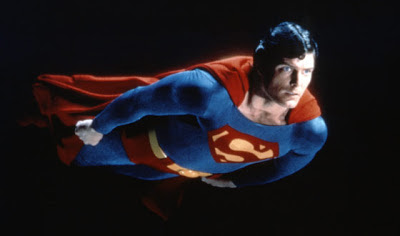