New Who: "A Town Called Mercy"

Spoilers if you haven't seen the episode yet.

"A Town Called Mercy" has about the same strong and low points as "Dinosaurs on a Spaceship". It's a very cool set-up that doesn't work at its fullest potential and instead relies on a very esoteric story.

This isn't necessarily bad, but where "Dinosaurs" worked in the end because the story was well-structured, there is something about "Mercy" that just bothers me. Actually, a couple of "somethings". 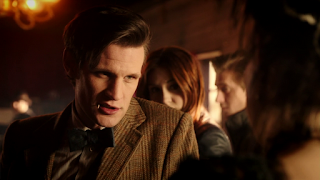 First and foremost, I'm not sure who the villain is or if indeed there is one. The episode ends on a high note of redemption for both the Gunslinger and Jex, but both their characterizations are all over the place. On one hand, the Gunslinger is a plot device through and through. He's the walking threat of vengeance that exists to further everybody else's character and while his arc's conclusion is cute, it really wouldn't impacted him, as a character, much if he met a different fate.

Jex, on the other hand, is the one that doesn't sit right with me. The implication is that he was an honourable man that had to play by different rules and commit crimes in the interest of the "greater good" and dies with the same kind of honour at the end. This is great, but until he gets to that point, he acts like a complete weasel.

The idea seems to be that he's just in denial, running away from the consequences of his actions; that he is conflicted and scared, but we never see that. He seems more of a conspirator that would stab you in the back given the chance and his speeches where he insists he's not unaffected by the situation only make him look worse, as every time he diverts attention to the Doctor. 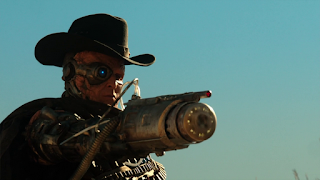 It's not enough for a character to say that they experience conflict, they have to act like it.

I get what they were going for, but there is a certain lack of consistency in the way he's written that rubs me the wrong way.

Speaking of attention to the Doctor, much like with the evil pirate in "Dinosaurs", there are some pretty obvious efforts for parallels between a few characters here.

The obvious parallel is between the Doctor and Jex, but it's a sloppy one. These characters share the exact same burden; they have done horrible things for "the greater good" and they've spent their lives since trying to repent (at least in part).

But when the Doctor confronts Jex, the latter mocks him that he won't do what needs to be done. We know why the Doctor gets furious at this, because we know that one doesn't wipe out his entire race if he really refuses to do what must be done. The scene works really, really well... 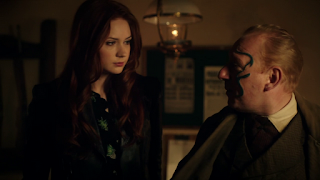 ... until the Doctor takes Jex and throws him over the line, easy prey for the Gunslinger. The problem at this point is the implication that the Doctor is just angry and gives Jex up to prove that he's capable of doing what needs to be done (as he explains to Amy when she confronts him).

Am I watching a different show? Isn't this still the man whose entire pathos (since the show's return, anyway) comes from him destroying his entire species? The Doctor acts as if he's always been merciful and ponders stopping now for the greater good, when it's in fact the other way around.

One would think the logical reaction would be pure hatred that circumvents the Doctor's conscience for a moment, exactly because we know what he has done. It'd be the point of identification with Jex and the point where he surpasses him, by owning up to his actions, his responsibilities and his ethics code. 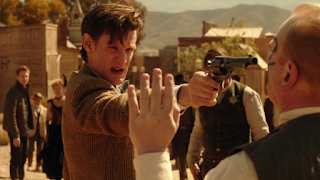 That's kind of what distinguishes heroes in literature and drama from everybody else; the overcoming.


This comes back in much the same form, when Jex is in his cell and calls the Doctor's morality "his prison". There is a lot of compassion and love for life in the Doctor, but he was never a moral arbiter, with the occasional exceptions during the 10th Doctor's run that they had to remind us every other episode that the show is also aimed at children ("a man that never would" and all that).

Another problem that shoots the parallels in the foot is one of structure. They were playing on the angle of the burden of war among four parties: the Doctor, Jex, the Gunslinger and Isaac/America.

Fantastic idea, in my opinion, but its execution cripples the story's pacing. Isaac is very likeable from the start and the most moral among them, but he's also very unnecessary to the plot and the characters around him (Amy got to the Doctor before Isaac did). The fact that the poor man gets sacrificed half-way through the episode not only reinforces that notion, but also undermines the parallel and the subtext (whatever he represented was thrown away for what everybody else represents).

It's a structural issue, likely caused by television time constraints. It'd be preferable for Isaac's character to be cut altogether and replaced by Jex having taken a position of power (mayor, marshal and doctor) to repent for his sins. The townsfolk would've filled in just fine for America that deals with the fallout of the Civil War and with them under Jex's protection, the comparison between the Gunslinger and the Earthlings, both relying on Jex's actions for structure and prosperity, would've been clearer (or, hell, at least existent).

I realize this isn't exactly subtle, but this is an episode about a villainous alien doctor in a show about a benevolent alien 'doctor' and about the virtue of mercy, taking place in a town called Mercy. I'd say we left subtlety several regenerations ago. 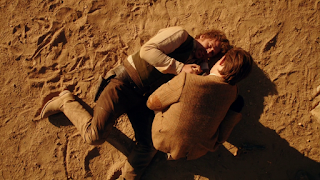 The resolution kind of lost me both times I watched the episode, because it basically boils down to drawing the Gunslinger's attention away from Jex long enough for the latter to escape, through a ridiculously convoluted plan. It's okay, it's just kind of odd and honestly, kind of boring.

Also, is this a new thing we do now? Both in the previous episode and in this one, the Doctor has a "House moment"; that moment when everything seems to have taken a turn for the worst and a word or phrase instantly gives the character the idea for the resolution.

And we can't forget the Ponds! They are kind of dead weight this time around. The odd thing is that not only do they do practically nothing in this whole episode, but the one important scene Amy has is inconsistent with the arc they've been playing on so far this Series.


We've been hinted repeatedly to the Ponds and the Doctor growing apart over time, to prepare for their upcoming departure. I mean, hell, the Doctor met little Amelia when his age was still in the three-digit-range and he's 1200 years old now. That means that from his point of view, the Ponds have been his "official" companions for over two centuries and I'm pretty damned sure they weren't around for all of that. 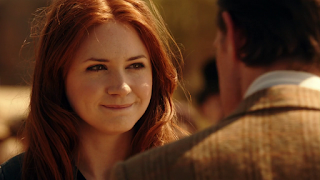 This had been handled well so far, showing both Amy and the Doctor conflicted over this. In this episode, however, Amy practically berates him for travelling alone for so long and risking losing his humanity, then she and Rory ask him to leave them at home instead of joining him to another adventure! It can't be she's suggesting he replaces them, because in "Dinosaurs" she was agitated over the presence of Nefertiti and Riddell. Also the Doctor, who got visibly upset over a similar request in the previous episode, seems perfectly fine with it this time.

It's just a little inconsistent. As far as the Ponds go, "Mercy" makes better sense if it chronologically precedes "Dinosaurs" and even that's a stretch.

Whatever. I'll admit the episode gets better with repeated viewings and at no point would I call it outright "bad", it's just kind of there and it's sloppily put-together.

Next time, we finally start moving that Pond-departure storyline. 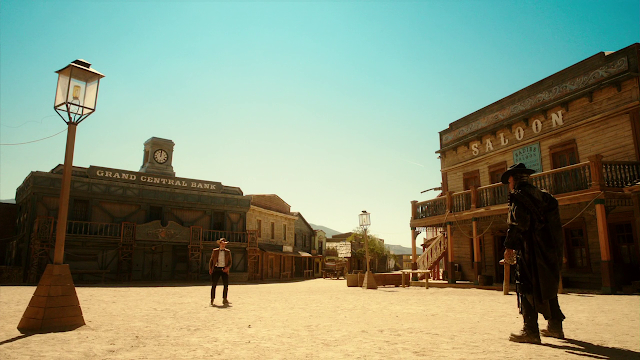 DO NOT POST SPOILERS ABOUT FUTURE EPISODES IN THE COMMENTS.