You know, I could always just as well throw this over on Twitter and be done with it, but it's rare that a piece of come-uppety so glorious knocks on my door that I have to indulge myself in it. 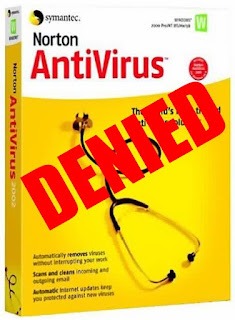 One of the worst security suite (that is, anti-virus + whatever-else-you-don't-really-need-for-computer-security) developers, Symantec, got sued by some Mr. James Gross over the bullshit scare-tactic "scans" that they tend to run, just to coax the unsuspecting and uneducated user into buying their overpriced resource-hog of a suite.

These tactics aren't rare; you've certainly seen them around used by many, though how supposedly "respectable" companies such as Symantec (and others, admittedly) get away with this as well is anyone's guess. Apparently, Mr. Gross thought something similar and made a case against the company, after installing the suite and hiring some IT guys, who verified that Norton's scans always came back with false, negative results.

To be honest, I highly doubt he has any chance of bringing the case to a court, let alone winning, but it's delicious seeing somebody giving these guys the finger. I will once again pull my PC-Master-Race card here and will point out that Symantec's Norton, as well as McAffee's respective suite, are scourges of supposed PC health protection that go back several years. They were big when viruses became too easy to catch on the Internet, but somewhere along the line, they decided to start bullshitting you about the necessity of their suites; suites that are overpriced, drag down your system resources and are glitchy at best.

Fact: the Internet is a dangerous place, but you are nobody's one target. If you do become a decent hacker's one target, run. Until then, you are collateral damage. ANY FREE ANTI-VIRUS will protect you from that. My personal preference is AVG; I'm not crazy about it as an app, but it does its job well enough.

Here's ANOTHER FACT: ALL routers nowadays come with hardware firewall, which is a hell of a lot more effective than any software firewall any of these companies will offer. If you still want double the protection and the local pharmacy isn't open (har, har, dick joke, I'm so mature), there are fine free software firewalls that do their job just fine as well. My preference is COMODO.

So, yeah, I only wrote all of the above to point my finger at Symantec and laugh. Hey, it's my blog, I get to do that.

Seriously, if the above is any indication of how much you don't need these assholes (and the others like them), just google "free anti-virus" and the results will be more than satisfactory.